So, who wants Friday off? 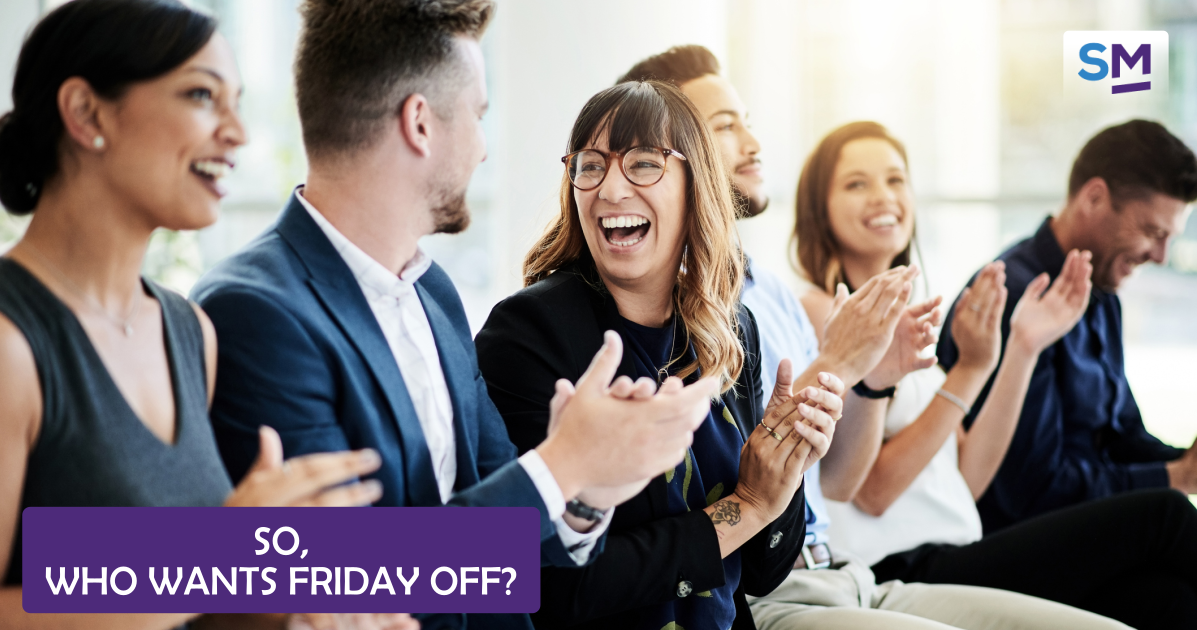 Or even better: who wants every Friday off? You might have seen the reports about Microsoft Japan who, in August 2019, conducted a trial of a shortened workweek. Their entire 2,300-person workforce worked only Monday to Thursday for five weeks in a row, for an unchanged salary. The results of the trial made news: They reported that their workers were happier, their meetings were more efficient, and their productivity increased by 40%.

The four-day workweek can be perfectly applied based on Parkinson’s law which states that “Work expands so as to fill the time available for its completion.” The number of hours spent at the office does not determine the success or indeed the completion of the work. Your staff “doing time” does not mean they are productive. Perhaps a nine to five, Monday to Friday mindset is outdated and it is time to consider a new model?

Microsoft Japan was not the first to conduct this experiment. A New Zealand trustee services company called Perpetual Guardian conducted the same trial over a two-month period in 2018 with 250 employees. Their results? They reported higher productivity, higher job satisfaction and lower stress levels among their staff.

Other examples are also cited of smaller companies with variations in how the working hours are reduced: some opt to still have 40 hours per week, fit into four 10-hour days. Some reduce the workweek to 32 hours, with employees still working 8 hours per day but only for four days, with employees given the choice of which day they want off. Some close their doors completely for an entire extra day in the week, while others have staff on shifts to cover all normal nine to five, Monday to Friday business hours.

It works for some, and it was disastrous for others. One such an example is Treehouse, a company that offers virtual courses, who tried the four-day workweek in 2015 but cancelled the policy in 2016. Company CEO Ryan Carson’s reason: “It created this lack of worth ethic in me that was fundamentally detrimental to the business and to our mission. It actually was a terrible thing.”

Looking at the various pros and cons reported by the different trials, it becomes clear that it is not a change that could easily be rolled out at any given company.

Some of the advantages:

Tony Papadopoulos, the owner of StaffMatters Recruitment, agrees that it is a very attractive benefit when recruiting and retaining talent, especially since it is rare and gives your company a definite advantage to attract only the best candidates. Given, of course, that all the other benefits and compensation you offer are on par.

He does, however, concede that it is not a model that every company or every employee can adopt. “It would not be an option for the StaffMatters team because we would never want to compromise the level of service that we offer our clients and candidates. Not being available to them at the times of the week when they need us, would not even be an option for us.”

Maybe, with the shifting emphases in work forces increasingly working remotely and with flexible hours, with the focus on environmentally friendly solutions becoming increasingly necessary, with technology making certain aspects of tasks increasingly streamlined, maybe in the future all companies will shift to a shorter workweek. But until then, we’ll be seeing you on Friday!

More insights and advice from the StaffMatters Team: All the blogs, articles and news items >>

You still have jobs in the basket

Leaving now will clear your selection.
Are you sure you want to leave?

Apply all Find me similar jobs